The mid-adolescent�s achievement in maths: The role of emotional intelligence and study orientation

This study (quantitative-qualitative) focused especially on the extent to which (a combination of facets of) emotional intelligence (EI) and study orientation predict(s) the mathematics achievement of middle-adolescents, and also compared the performance of the different gender and grade groups (represented in this study). Altogether 435 learners in Grade 9 and Grade 11 from the three English medium high schools in the Mafikeng region took part in the study. The quantitative component of the study comprised the implementation of two standardised questionnaires: an EI questionnaire, the Bar-On EQ-i:YVTM, and the study orientation questionnaire in mathematics (SOM). The qualitative technique implemented in the study was focus group interviews. The results indicated that a combination of the facets of emotional intelligence and the dimensions of study orientation could be considered potential predictors of the middle adolescent�s mathematics achievement. The following EI components also emerged from the results as predictors of mathematics achievement: general mood, adaptability and intrapersonal behaviour. The following SOM dimensions were predictors of mathematics achievement: problem-solving behaviour, study habits, information processing and mathematics anxiety. Themes that emerged from the qualitative aspect of this study as potential contributors to learners� inadequate mathematics achievement refer specifically to challenges in South Africa at the macro level: mainly the input of the national government (and by default the Department of Education); on meso level: mainly factors related to the school and family; and on micro level: personality factors of the learner The following themes manifested in both the qualitative and quantitative results during the process of triangulation: gender, study habits, role of emotions, the relationship between problem-solving, discipline and classroom management; and the role of stress and maths anxiety in the maths achievement of the middle adolescent. 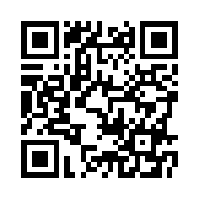